If you are looking to take control of your life and get things done, you must be using some kind of system to organize your thoughts, tasks, reminders, and appointments.

Pen and paper to-do lists and calendars are old-school and grossly inefficient. If you want to be the most effective, having a tool that syncs up to all of your devices is the most optimal way to ensure you have everything in your life captured and in one place.

With one of the most popular productivity tools, Wunderlist, ultimately meeting its demise, to which tool should productive people turn to manage their lives and ideas?

Microsoft’s purchase of Wunderlist in mid-2015 and subsequent announcement that Wunderlist will eventually be retired and incorporated into Microsoft’s new productivity app, To-Do has left many GTDers apprehensive.

I have been using Wunderlist for the past three years. What I have liked about it is that it has a simple interface, allows for daily reminders and subtasks, syncs between multiple devices, and has the option to create different lists. You can even set custom reminders for every other day, every third day, etc. All of these features come included without a premium subscription and ultimately make it ideal for implementing the Getting Things Done (“GTD”) system.

(NOTE: If you have never heard of “Getting Things Done: The Art of Stress-Free Productivity” or David Allen and want to learn more, he has provided five steps here, which are a great starting point for getting acquainted with GTD. I use a modified GTD system. Most readers will get a good enough base of understanding by reading his website, but I also highly suggest reading Getting Things Done.  Also, if you have never used Wunderlist, heard of GTD, or currently use pen and paper to-dos, you are also guaranteed to find the following information useful and will be able to make an informed decision as to what, if any, productivity platform you will use.)

I have momentarily tried other to-do apps like the native app on the iPhone and Evernote. Many have failed to work out for me because they do not sync up to my desktop to access anywhere (and Evernote, while great as a notetaking app, is not best used as a todo list). I need something that I can look at on my desktop or cell phone while I’m at the gym or shower when some of my best ideas strike me.

Productivity Platforms Help You Tackle What’s in Front of You

Reverting to pen and paper is not an option because while writing assists with recall and understanding, most people implementing GTD need something that allows them to quickly make notes for later. The purpose of a to-do list, after all, is to get the item off of your head at that moment and recorded, not memorized. You never know when a good idea will hit, and these days, most of us won’t have pen and paper but will have a smartphone at hand.

Because it’s impractical for most to revert to a pen and paper list, and Wunderlist users will ultimately need to make a big decision for a new productivity app regardless, I decided to test several alternative tools and draw comparisons for readers. I tested Microsoft’s new To-Do app, Todoist, Any.do and Tick Tick in this post.

For each platform, I tested the web app (if any). I also tested most of the tools on iOS. If you have an Android or another phone, each of these has a working mobile application, but I cannot speak as to how effectively they’ll operate on your device.

Also, I want to note that I have never spent a dime to use Wunderlist. There are a lot of great features for teams and businesses that come with the paid subscription for which I have no need. I here am looking for a good productivity tool that includes the most useful features without a paid subscription. If that sounds like you, check these out: 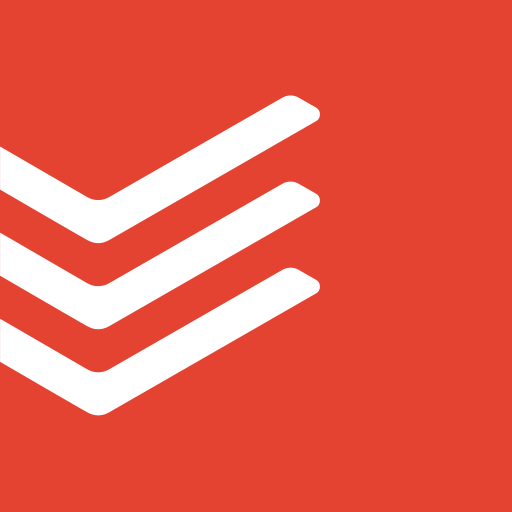 With over four thousand downloads on iTunes, Todoist has been more widely downloaded and used than Wunderlist. I tried Todoist for a stint in 2014 when I was starting to get acquainted with mobile productivity applications instead of pen and paper to-do lists. I wound up using Wunderlist because of the ability to add subtasks and all of the free features. Unfortunately, upon revisiting several years later, Todoist still suffers from many of the same issues that kept me from using it in 2014. If you are looking for a simple to-do list without a lot of bells and whistles (and not having subtasks does not bother you), Todoist is a tried and true productivity tool that might be a great fit.

Microsoft’s new To-Do application will soon replace Wunderlist. Those who enjoyed Wunderlist might find Microsoft’s new tool a good replacement. There is no option for subtasks, however, which might make it difficult to adopt for many GTDers. Personally, I did not like Microsoft To-Do aside from its smooth interface.

Any.do claims to have over 15 million users who stick with them for twice as long as other productivity tools. One thing users will notice is the open and minimalist interface that is markedly different from what Wunderlist provided. I really enjoyed using this one, and I think this might be the tool for many new and experienced GTDers alike with Wunderlist going away. If you choose to upgrade to a paid subscription for more features, you will spend either $2.24/mo., billed annually, or $2.99 month-to-month. 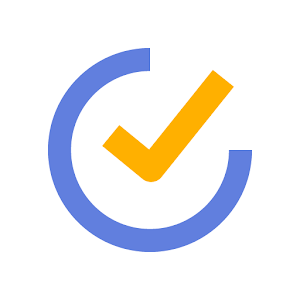 Wunderlist users will love Tick Tick because it is capable of importing all of your Wunderlist tasks and lists and the user experience is very similar to Wunderlist. While Tick Tick makes some improvements over Wunderlist in certain respects (especially with how easy it makes pushing tasks into the future), many of the features Wunderlist users took for granted are only available with a paid subscription to Tick Tick. A subscription will run you $2.99/mo., or $27.99/yr., billed annually.

Any.do and Tick Tick have made some improvements on some features of Wunderlist, but each lack features in certain areas. For instance, Tick Tick only allows one attachment to a task per day, while I struggled to hit the attachment limit with Any.do. Meanwhile, Any.do allows for many attachments, is Siri/Alexa capable, and has a great UI, but setting recurring tasks will require a paid subscription. (Setting recurring tasks is a key ingredient to implementing an “Every Day” list. More on this later.)

For me, the ability to add subtasks and notes are crucial. For this reason, Microsoft’s To-Do and Todoist were right out. If you need a more simple to-do list that will work anywhere, I would suggest Todoist over Microsoft’s To-Do because it has more features and the web app is convenient. (Meanwhile, Microsoft will make you download their To-Do tool.) I think for many people, Todoist has enough free features to be a contender, as long as going without subtasks will not slow down your work.

What I appreciated most about testing all of these tools is that it showed me what is most important to me in a productivity platform. On the one hand, Any.do has a leg up on the others because it allows for attachments, will integrate GTD smoothly, and has a calendar etc., but you will not be able to implement an “Every Day” list without a paid subscription. Similarly, Tick Tick is great because it has a daily plan feature, looks like Wunderlist, and most people would probably find it to be the easiest transition from Wunderlist, but those who need to add many attachments will need a paid subscription.

Ultimately, I can see myself using Tick Tick in the future due to its recurring tasks, daily plan feature, and smooth UI on the mobile app. There is a free weekly calendar view which is a nice addition. The major knocks against Tick Tick are that it has both a list limit and meager attachment limit.

I could also see myself using Any.do as a permanent solution for its integrated calendar and higher attachment limit. The UI takes a little time getting used to but is pleasing from both productivity and aesthetic standpoints. In addition, lack of recurring tasks as an included feature without a subscription is a knock, but probably a surmountable knock for most people.

For now, I’m going to stick with Wunderlist until I get more concrete news about when Microsoft will cease Wunderlist support. When that time comes, I will have an updated post, hopefully after these tools have integrated additional features.

Until then, if I had to pick between any of these tools for myself excluding Wunderlist, I would probably go with Any.do because it has more features than Tick Tick (calendar view, attachments, unlimited lists) with many of the same useful features (such as allowing you to import Wunderlist to-dos, etc.) included without a subscription.

If you know of a productivity tool that I did not try but would love, I would love your input. As always, let me know if you found this information useful.

Ryan Ullman is an associate attorney at Spence | Brierley in Baltimore, Maryland, a boutique firm that assists its clients in all manner of civil litigation. He is particularly interested in technology, productivity, peak flow states, music, and the outdoors.

2 thoughts on “What is the best productivity platform to get things done?”