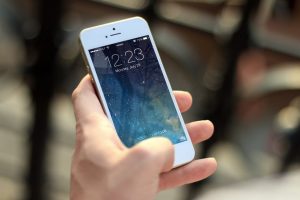 Note: This article is pretty much specifically for people who are experiencing the “Searching” issue on their iPhones. I’ve noticed a lot of people with this problem (especially when I’ve gone to stores on several occasions trying to get my phone fixed). I wish I had gotten this suggestion, as common sense as it is, before spending time actually going to the store.

One area I tend to lag behind nearly everyone is buying new cell phones. I don’t need those unnecessarily big screens and I low-key pride myself on having an older iPhone.

This means I’m still toting around the iPhone 5S and all of its glory.

That also means that my iPhone is not only super slow because Apple chooses to slow me down by virtue of having an older phone, but also that I’m apparently subject to losing signal at the drop of a hat for absolutely no reason when Apple wants me to update my firmware.

If you have had the issue where your iPhone says “Searching” at the top, and your phone will not update when you go to “Settings” and try to perform a software update to fix the problem, this advice is for you.

I’ve gone on and looked at many different websites while trying to fix this problem in the past, and the best anyone could ever tell me was to try:

1. Restarting the phone, and then if that didn’t work

2. Reset network settings, and then if that didn’t work

3. Replacing the SIM card, and then if that didn’t work

4. Upgrade your phones’ firmware, and then if that didn’t work

If you browse the Apple forums, you’ll notice that they’re pretty useless as well.

After attempting all of that, having the SIM card replaced, and almost buying a new phone, I decided to actually try plugging my phone into the computer to update (and if that didn’t work, perform a restore).

Guess what? After my iPhone updated, I had full bars of LTE like I did before it randomly crapped out.

I think with the advent of WiFi backups and my reduced reliance on computers as something that I need to also use my phone, I didn’t realize I should try this sooner.

Recently, my phone lost signal, was “Searching,” and I used this method to update the firmware and it was working perfectly again.

It’s funny to think I went without a phone for a week earlier this year and made several trips to the Sprint store when I could have just plugged my phone into my laptop and hit the update button.

Did this work for you? Let me know below!