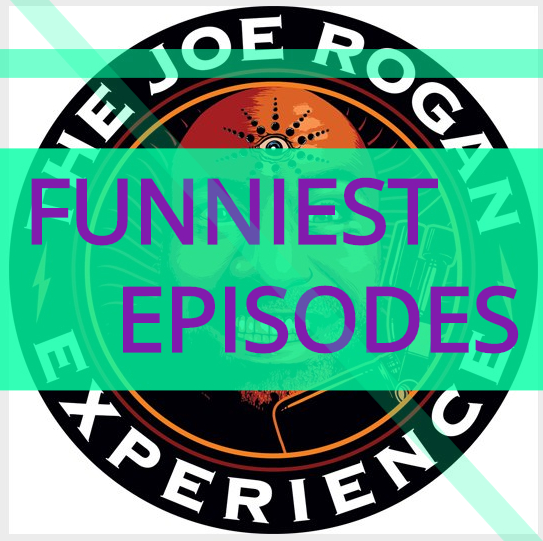 The Joe Rogan experience is probably my favorite podcast of all time, for a number of reasons. Aside from interesting guests researching cutting-edge issues, to politicians or athletes, the comedians are one of my favorite aspects of the Joe Rogan Experience.

For those who do not listen to JRE, you might recognize Joe Rogan as the host of the UFC or Fear Factor back in the day. Joe Rogan is also a stand-up comedian and host of one of the most popular podcasts of all time.

Joe Rogan is a stand-up comedian among his many other interests, so he frequently has his comedian friends on the show. Aside from being flat-out hilarious, they also often discuss the art of stand-up comedy itself and tell crazy stories. Almost none of these stories are for children or family listening.

I have stand up comedy since I first watched it on Comedy Central when I was five years old and didn’t understand any of the jokes. I was definitely too young for stand-up at the time, but it made me who I am today

tips Joe and his guests give have helped me understand more nuances to stand up and also alerts me to what’s going on in the world of comedy. That being said, none of the views expressed in these episodes are my own.

If you are looking to learn something new and want to listen to something more heady or science-filled, you might want to check out: Must-Listen Episodes of the Joe Rogan Experience to Learn Something New Today. This is the original, definitive list of Joe Rogan Experience podcast best moments, don’t let the fakers deny.

But if you want comedy, or just like to laugh, here is a list of some of my favorite episodes of JRE over the hundreds of episodes (and thousands of hours) I’ve spent listening to JRE, in no particular order:

Joey “CoCo” Diaz is a Cuban-American stand up comedian and actor. Joey also hosts his own podcast called “The Church of What’s Happening Now”.

This is the “Steady Eddie” episode in my eyes. Any episode with Joey Diaz is bound to be hilarious, but this is the best one in my opinion. I would listen to the whole episode, but if you are strapped for make sure to check out the story with Fucked Up Freddie in the first half of the episode.

More Lawptimal: Reduce Friction and Ditch the Vision Board

Joey Diaz always drops different interesting bits from his past, but if you want to get a good introduction to Joey Diaz this is also a great episode for that. Joe Rogan frequently calls Joey Diaz the funniest person alive, so don’t miss out.

Jay Leno is a comedian, actor, writer, producer, voice actor, and television host. He was the host of NBC’s “The Tonight Show with Jay Leno” and currently hosts “Jay Leno’s Garage” available on YouTube.

Confession: I never really liked Jay Leno on the Tonight Show. But on Joe Rogan Experience he is awesome and I appreciate how I got to see a side of him I never saw on the Tonight Show. Joe and Jay had great chemistry in this episode and spent a good deal of time discussing different cars.

Hannibal Buress is a stand-up comedian, actor, television writer and host. You can catch his recently released stand-up special on Netflix and a lot of his older work is on YouTube.

Hannibal Buress is one of the funniest stand-up comics working today. He also played Lincoln, one of the best characters on Comedy Central’s Broad City, and I appreciate any episode of JRE he’s on. He and Joe have great chemistry and Hannibal off the cuff is probably one of the funniest guests on the show.

Tom Papa is a comedian, actor, writer and television/radio host. His podcast “Come To Papa” is available through All Things Comedy on iTunes.

Tom Papa is a great comedian and his material is mostly clean. What I think is particularly funny about these episodes is that there’s almost always some discussion of bread in more recent episodes. That’s because somewhere along the way, Tom Papa got into baking his own sour dough bread at home. This appears to be one of his major hobbies.

Aside from baking delicious bread, Tom and Joe can talk about almost anything and these episodes are as unoffensive as episodes featuring comedians get on the Joe Rogan Experience. I think there’s something for anyone in these episodes.

Whitney Cummings is a comedian and actress. She is best known as the creator and star of the NBC sitcom Whitney, as well as the co-creator of the CBS sitcom 2 Broke Girls. She also was featured in several Comedy Central Roasts and was a head writer on the Roseanne revival.

I learn something new and laugh each time Whitney is on the show. She is very interested in evolutionary psychology and neurobiology so she discusses a lot of that on the show. She’s also eager to discuss the art of stand up itself so I appreciate those parts of these discussions as well.

Bill Burr is a standup comedian and also hosts his own podcast called “The Monday Morning Podcast”. His animated show “F Is For Family” and some of his stand up specials are available on Netflix.

Several people confessed to me recently they think Bill Burr is the best stand up comic working today. That might be right. I don’t think anyone can rant like Bill Burr can. You get a dose of that each time you listen to Bill Burr’s own podcast or when he’s a guest on JRE.

Christina P is a stand-up comedian, and hosts also own podcast with her husband, Tom Segura, called “Your Mom’s House.” Her new special “Mother Inferior” is now available on Netflix.

These episodes are so goofy and I love how down to earth and funny Christina P. is.

More Lawptimal: How to Form New Lasting Habits with an Everyday List

Your Mom’s House is also a really funny podcast and you get a good dose of that in these episodes. There have also been episodes featuring Christina P.’s husband, Tom Segura (also featured on this list), which are also really funny:

Kevin Smith had a major heart attack last year so that is discussed a lot in episode #1123. I actually learned a lot about heart attacks in general in this episode, but aside from that, Kevin Smith is very and told some interesting stories in this episode. Warning: There is a puppy story in this otherwise hilarious episode that could make you cry. You’ve been warned!

Brian Regan is one of the top stand-up comedians working today. His new Netflix special “Nunchucks and Flamethrowers” recently came out.

Brian Regan is the king of clean stand up comedy. He was probably the first stand up comedian I really got into when I was younger. His bit about girth units still kills me to this day. The entire set is available on YouTube and holds up very well:

Brian and Joe have great chemistry together and appear to be good friends. These episodes are a meeting of two of some of my favorite comedians of all time.

Roseanne Barr is a comedian, actress, writer, television producer, director. She was on the show Roseanne.

This episode was recorded after the Roseanne Twitter controversy last year, which easily makes it the most controversial episode on this list.

This episode is less funny more than it is Roseanne explaining what happened with the whole Twitter incident and telling some stories from her past. One story is about how Roseanne was institutionalized when she was younger after a traumatic head injury. Some v interesting and humorous stuff here.

Ron “Tater Salad” White is a comedian and actor, best known as a charter member of the Blue Collar Comedy Tour. His new special “If You Quit Listening, I’ll Shut Up” is now streaming on Netflix.

“You never know when it’s going to be the last time you see somebody, so don’t hesitate to tell them . . . I’m gonna need that money back.”

Ron White is ridiculous and his stand up is hilarious. He was one of the first comedians who really got me into comedy years ago. Tater Salad has never disappointed when he appears on JRE. he’s looking way better in episode #1268 than #888. Nicely done, Tater Salad!

I’m not trying to give away spoilers or anything, so you should really check out the earlier episode first. All of Wheeler Walker Jr.’s music is totally inappropriate and ridiculous, but still very hilarious. Honestly, the titles of his songs don’t even feel appropriate to post here, either.

More Lawptimal: Bloom Your Coffee to the Next Level

Steve-O is a stunt performer, comedian, clown, actor, producer, author, and television personality. He is most famous for being featured in the Jackass movies and television series.

Steve-O tells a story about how he jumped off a building among many other stories at a similar level of debauchery in one episode. One thing I couldn’t get over listening to these episodes was how rough his voice is from smoking all of those cigarettes.

In one of the episodes, they discuss Steve-O’s previous drug addiction and recovery. Steve-O actually does stand up now too, so he’s not just throwing himself off of buildings and having snakes bite him anymore. Despite his background, these episodes contain some of the wisest, entertaining, and funny interviews on the list.

Each year in October for the past two years, Joe Rogan, Ari Shaffir, Bert Kreischer and Tom Segura participate stay sober for a month and participate in a fitness challenge. This year, they decided to wear fitness monitors and compete to see who could get the most points for exercise over the month. Points were given based on the amount of time each person’s heart rate was above a certain percentage of their max HR.

Episode # 1177 features the participants figuring out what the challenge and prizes are for winning.

Bert Kreischer will be the first human to successfully communicate with dolphins.

4 thoughts on “Funniest Episodes of the Joe Rogan Experience”