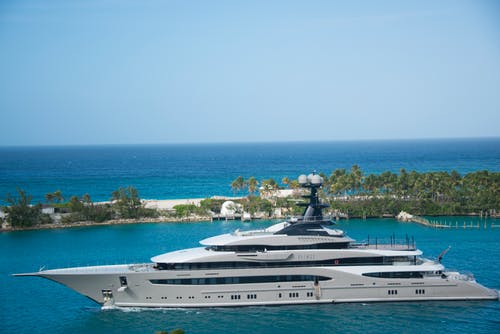 There’s never a dull day on Twitter, folks. Many woke up this morning to a surprising hashtag being attached to the name of one Californian GOP operative who’s been making headlines a lot over these past 2 years. Surprising though it isn’t, congressional representative Devin Nunes is suffering from a bout of the Streisand effect vis-a-vis #yachtcocaineprostitutes. This colorful hashtage has been making its way around the Twittersphere and elsewhere today, livening up the dashboard of many a twitter user.

This surprising hashtag is trending in response to a lawsuit Mr. Nunes filed against the  Fresno Bee for a story it published in its relatively small daily newspaper. This story, which is the basis of his suit, linked Devin Nunes to a scandal involving a yacht party sponsored by a winery Mr. Nunes is alleged to have been invested in. This story is based on a lawsuit being brought by one of the yacht’s staff members.

In her suit, Alene Anase claims she was present for a party involving expensive prostitutes- some of whom it is alleged were underage, as well as copious amounts of cocaine use and a fitting maritime setting for Kubrickian levels of depravity. Mr. Nunes appears to have not been present for the party, but is listed in the staff members lawsuit because of his status as an investor in the winery. This sort of retaliatory action toward detractors in the press is par the course for Mr. Nunes, who famously sued Twitter and a Twitter parody account which poked fun at him, operating under the handles of Devin Nunes’ Cow. Indeed, it seems Mr. Nunes is following the lead of other wealthy GOP strategists like Peter Thiel, who have been known to file suit against perceived detractors, even large media giants like Gawker.

It will certainly be interesting to see where this story goes from here; one can only imagine the sort of fun a legal team might have with Devin Nunes on the stand. One wonders if he is itching at the chance to say under oath that he has never attended one of these yacht parties, which it seems were being held for potential investors in the winery he had invested in. To quote one William Shakespeare, “the lady doth protest too much, methinks.” Much like the twists and turns of Hamlet or any of Shakespeare’s other great works- you won’t want to miss whatever happens next in the fascinating life story of Mr. Nunes.

I’m Ben Mueller; I write things and sometimes I post them online too. When I’m not doing that, I enjoy getting outdoors for some running, climbing, or other fun shenanigans. I also stream in my spare time and sometimes I even tweet about it | twitch.tv/life_of_di
Twitter

2 thoughts on “What is #YachtCocaineProstitutes and why is it trending on Twitter?”